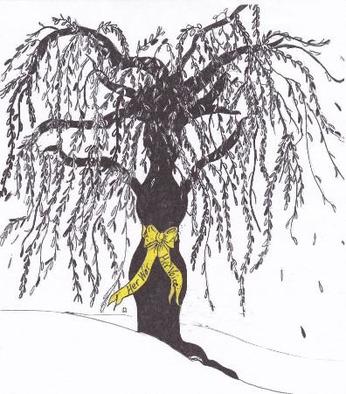 Through the years, we moved from a blog, to a Facebook page of support, to partnering with Courage Beyond, to leading holistic retreats and in-person groups.
That tree became a symbol for hope and for exploration of self. It became the roots of something that was so much bigger than me. Or Chris P.
When it was time for us to pull more people on to our team and to look at how we could change the trajectory of our community—how we can begin to heal our wounds—I began to realize we were no longer a lone tree. We were a community.
When it was time for Chris P. to move on, I began pursuing a website that will change everything. While still maintaining the core belief in speaking. And standing.
Only now…..we stand as a team.
But that original tree had the roots to evolve and change.
​When we began to discuss logos, another military spouse who works with Courage Beyond, Chris C.,  came on board and began to discuss trees and movement and how she sees Vicki’s vision of community and artwork as movement toward something so much bigger. Perhaps the logo could stand some movement. A turn of direction.
She took the idea of dancing in a tree—she took my sketch—and she began to make a new logo for HWHV to come alive. Her process and movement through each piece was quite inspiring and breathtaking. Two spouses who had little contact before were now talking art, movement, and the mission of HWHV. Not to mention, Vicki’s concept of a tree saying so much.
The evolution of HWHV and the tree and the concept began to speak through and to three military spouses, and I could not have been happier. Or more humbled.
We began discussing one specific tree that spoke to anyone who witnessed it on the first Courage Beyond/HWHV retreat. It was a tree that was growing and expanding its roots—seemingly dead—back toward the very tree sustaining it. It was stoic. It was determined. It was twisted and worn, yet, still alive. It also happened to be the artwork of another wonderful military spouse, Angela, who is a photographer. So, we drew upon her work and her ability to evoke. 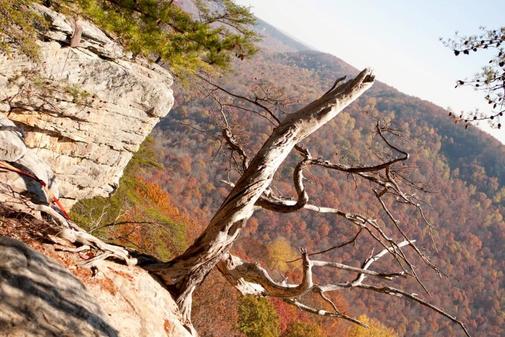 All of us, to include Jenny with Courage Beyond, needed our movement for HWHV to pay firm respect to that original vision between me and Chris P. To remember where we have been, while opening the door to something bigger. I want a place to remember that we are in a cycle of life and that we can always choose. We can choose what we do next and the sky is the limit.

With the vision of Vicki at the helm, our website is going to be one of the greatest accomplishments of my life. I can’t wait for you all to see what she has planned and how she and Chris C. will visually take you on a journey of movement and possibility for our military community.

Until then, I give to you the new HWHV logo. One that was built originally by two military spouses, and is now rebuilt by three. I would have it no other way. 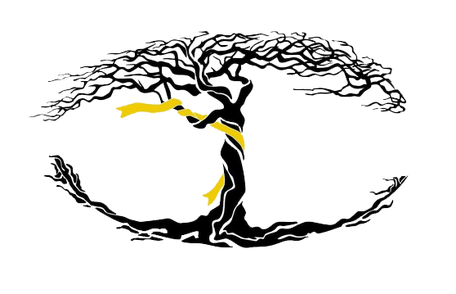